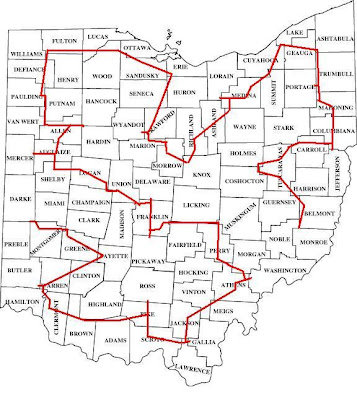 To clarify: I don't think these things are stupid either. But I definitely get some odd looks!

To further clarify: There were 2 other guys that went with me on the every county in Ohio 24 hour roadtrip - so I would like to publicly thank Jay Bohland and Jim Tocco, as well as the sandwich-with-cheese-making and car-rental-place-standing-around-withing Jeff Blankenburg for their invaluable assistance with the EFC Ohio Trip

And let us not forget Dan's totally awesome wife, Carolyn, who supported all this madness. :-)