Seeing ALL of America 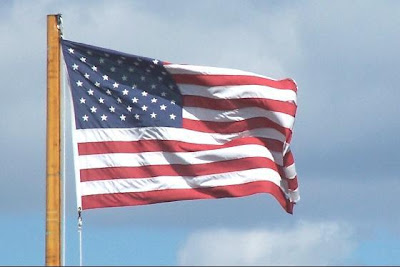 I must concede that my ultimate travel fantasy would be to visit every country on earth, and I have been privileged to travel to about 45 of them. However, to get to every spot on this planet is simply beyond the means and ability of most everyone - including myself.

If I can't see the whole world, I decided long ago that at least I would see as much of my own country as possible. In one lifetime it would be impossible to see every nook and cranny of this great land: tour every city, town and hamlet, climb every hill and mountain, float every stream, stroll through every park, follow every highway, country road and wilderness trail. There just aren't enough days in a lifetime to do it all. So I've compromised by setting out to at least visit each of the 3,141 counties in our great land. In so doing I will be able to say I know my country well, and I will have experienced more of it than most people ever do.

My decision to visit every county was inspired, at least in part, by a chance meeting with a businessman from Malaysia who happened to sit beside me on a flight between Honolulu and Hong Kong. I was on my way to Manila, Philippines, and he was returning home from six weeks in America. I asked him, "How much of our country did you see?"

That was amazing. I have lived in the United States not for 6 weeks but for more than 60 years, have traveled much, and do not consider that I have seen nearly all of this vast and varied land. I questioned the Malaysian brother, "All of it? Exactly what do you consider all of America to be?"

"I spent a week each in New York, Miami, Chicago, Las Vegas, San Francisco and Seattle," he smiled. "From coast-to- coast, from top-to-bottom and in the middle - I saw all of America."
.
"Did you ever get outside of the inner cities?"
.
"Oh yes, I saw the rural areas too. I took a bus from Vancouver to Seattle so I could see the countryside."
.
I was stunned. In my opinion the six cities he had visited are an extremely limited introduction to this great country, especially if one stays in a downtown hotel and doesn't venture outside the city center, as he admitted he had done except for one short bus ride. My Malaysian friend is to be commended for seeing as much of America as he did. He has experienced much more of my country than I have of his. However, he had barely sampled a limited urban America which is almost as foreign to many who live in this country as are London, Moscow or Hong Kong.

I wish every visitor to America could see not only our great cities, but our mid-sized cities as well, and also our small towns, rural villages, farms, forests, fields, national and state parks, and untamed wilderness areas.

I love the United States of America. I love her for one simple reason; America is my home. I was born and reared here, as were my parents, my grand parents, and several generations before. As is true with the vast majority of people who call this American melting pot home, my ancestors came from many places: Ireland, Scotland, Germany, France, England and perhaps other countries unknown. And at least some of my forebears were native Cherokee Indians. I think of myself as an All-American hybrid.
.
As an All-American hybrid I am determined that in my lifetime I will see All of America - or die trying.
Posted by J. Stephen Conn at 8:32 AM 1 comment: