Counties and their Equivilants 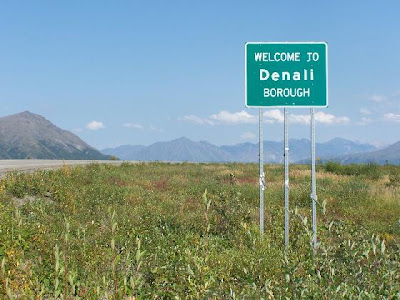 How many counties are there in the United States? That's a question often asked a county counter, and the normal answer is 3,141 - as of January 2007. However, that answer is not exactly correct. Only 48 of the 50 states have jurisdictions which go by the name of "County."

Louisiana is divided not into counties but Parishes, reflecting the French and Catholic heritage of that state. Alaska has neither counties nor parishes, but rather two other geographical divisions - Boroughs and Census Areas. A Borough is organized very similarly to a town, with a mayor and council, however it may cover a much wider area than the typical "town." For example, the North Slope Borough of northernmost Arctic Alaska is larger than the states of Ohio, Pennsylvania and Maryland combined, yet with a population of only about 7,350. Many of these live in small remote Eskimo villages. A census area in Alaska is a geographical division which is administered by the state and has not been incorporated into a borough for local government.

Another county equivalent is the Independent City, which does not lie within the boundaries of a county. There are 42 such independent cities which exist in four states. These include: St. Louis, Missouri; Baltimore, Maryland and Carson City, Nevada. All of the remaining independent cities are within the state of Virginia. This makes Virginia particularly challenging for the county counter because many of the 39 independent cities are small and scattered among the state's 95 counties, giving Virginia a total of 134 jurisdictions.
.
In addition to counties, parishes, boroughs, census areas and independent cities, there is one other unique county equivalent - the Federal District. This is, of course, the District of Columbia, or Washington, D.C.
.
So here is a breakdown of the counties or their equivalents in the United States:
3,007 entities named “County”
16 Boroughs in Alaska
11 Census Areas in Alaska
64 Parishes in Louisiana
42 Independent Cities
1 Federal District or District of Columbia.
3,141 Total Counties or equivalents
.
The above does not include Commonwealths or Territories, which are not technically within the United States and therefore do not concern the typical County Counter. These are:
Puerto Rico - 78 Municipios
U.S. Virgin Islands - 2 Districts
Guam - 19 election districts
Northern Mariana Islands - 17 districts
American Samoa - 5 districts
Posted by J. Stephen Conn at 8:57 AM